For BCE’s wishes, we came back to our roots with a short video with some 3D effects. The video was shot with a drone during the summer and the Special effects team transformed it in a winter scene.

Some particles effects were added for the snow and for the titles. Finally we added the “flying truck”, a flashback to last year video.

I produced the soundtrack (music and effects), created the two web pages on our website (in French and in English) with a download button, for those with less Internet for streaming, and published the video on Twitter and LinkedIn. 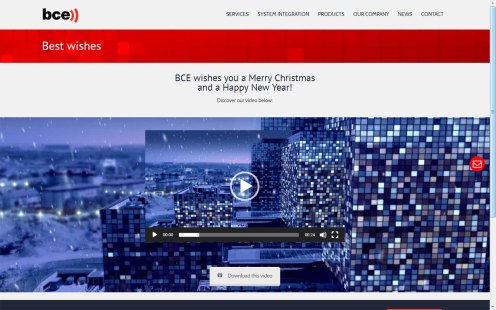